Sidebonding typically occurs when certain waterborne finishes or sealers flow between the sides of boards and glues them together. When several boards are bonded together they form into one large slab or “panel” of wood. This is referred to as panelization.

Panelization has been seen with several types of finishes, but is most prominent with waterbornes. Their high strength causes these products to act as particularly strong glue. These products also have very low viscosities, making it easier for them to flow into and through cracks.

As the humidity of the environment fluctuates, the wood will expand and contract in response to changes in its moisture content. Humidity fluctuations of 15% or more can cause substantial movement in the gymnasium floor. Normally, this movement is distributed over hundreds of cracks between individual boards. However, when several boards are panelized together, they leave larger-than-normal cracks at random spaces across the floor. The bond between boards is so strong that movement of the wood might cause a split right down the center of the board, rather than on the edges. Typically this occurs on gymnasium floors.  The floor itself can also be glued to the concrete subfloor, making movement impossible.

To minimize damage to your wood floor from panelization, be sure to:

PoloPlaz has now developed NSB waterborne sealer which was specifically designed to eliminate damage to the wood floor as a result of panelization.  When used properly, NSB can be successfully applied on new floors and then top coated with a high-strength waterborne finish.

If a total waterborne system is necessary (including a waterborne sealer), the owner should be warned about the possibility of panelization, and how to combat it by controlling humidity. 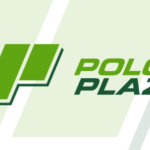 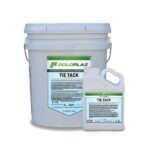